A fable
Once upon a time, a good man needed to replace his roof on his house. The estimates varied but the best estimate he received was $24,000 for a new roof. He visited his local bank and asked the kind banker to provide him with a loan for exactly the same rate that the bank gets the money and that he would repay only the principal over a five-year period. In other words, he asked the kind banker to lend him $24,000 with absolutely no profit to the bank. He remembered the sage advice given by an FTC Commissioner recently and he paraphrased this advice.¹

He said firmly to the banker: “I am unwilling to pay any bank markup. I will agree only to the lowest ‘buy rate’ that has been offered and not a penny more.”

The kind banker smiled and agreed to do so. The man signed the note, received his check, returned home, and lived happily ever after. The End.

Not a fable
There is a cost to borrowing money and repaying it over time. There is a cost of capital and a time value related to money. Moreover, dealers are creditors and participate in arranging for extensions of credit to consumers so that these consumers can purchase or lease vehicles. The cost of doing business must address this overhead and risk in some respect. Businesses, such as dealerships, are not eleemosynary organizations. Evidently, some consumer advocates and people at the FTC contend otherwise. Bully for them, but they are simply wrong.

Cost of capital and the time value of money
The “cost of capital” is an important business term for both dealers and financing sources. The cost of capital can be characterized as the ability to cover fixed costs and producing a profit. It is a rate of return that can help dealers and financing sources to decide whether to underwrite retail installment sale contracts and consumer leases. If there were not a profit in the transaction, there would be scant reason to engage in the underwriting process.
The time value of money can be summarized by a simple formula:

In other words, the time value of money is the concept that money, being made available presently, is worth more than the same amount in the future, due to its potential earning capacity. Borrowers pay interest for this value whereas lenders, such as people who purchase certificates of deposit, are paid interest. It is a rare circumstance when a financing source lends money without an interest rate.

Dealers are creditors and credit arrangers
Dealers need to be reminded that they can be characterized as creditors with all the weighty liability that title includes. For example, to simply paraphrase the Truth in Lending Act, a dealer who regularly engages in retail sales of vehicles, where there is a finance charge, and the dealer is the party to whom payment is initially owed, is a creditor. Hence, dealers are creditors under this definition and others.

Mehrwert and kickbacks: defined
The German word mehrwert is translated as value added or surplus value. It is an important word in the lexicon of Karl Marx and socialists worldwide. According to Marx’s theory, mehrwert, or surplus value, is equal to the new value created by workers in excess of their own labor-cost, which is appropriated (i.e., stolen) by the capitalist as profit when products are sold, or in the present case, there is an extension of credit.

A kickback is a pejorative word implying a form of illicit remuneration as in a bribe. It is a return of a part of a sum received, often because of a confidential agreement. Both mehrwert and kickback relate to a consistent pattern of consumer advocates’ remonstrations.

Is the dealer reserve a form of mehrwert or a kickback? Is the profit earned on the extension of credit “excess value” or an illicit profit?

Consumer advocates’ protestations
For over a decade, consumer advocates and consumer rights organizations have been railing against what they term predatory lending. It is alleged that dealers, who earn money for serving in the role of creditors, by way of the reserve, are bilking the public of billions of dollars. According to the account of these consumer advocate organizations, a car buyer initially qualifies for a lower interest rate or “buy rate.” The financing source agrees to fund the retail installment sale contract for the buyer but allows the dealer to increase the “buy rate” at the dealer’s discretion. These advocates argue that a dealer has a powerful incentive to charge a higher interest rate, as most of the extra interest is “kicked back” to the dealer. This is simply a mischaracterization of a business reality. Dealers bear legal responsibility for engaging in retail installment sales transactions with consumers for which they have a right to be compensated. It clearly is not mehrwert or a kickback.

This fatuous reasoning has been endorsed by a commissioner on the FTC.

• “The automobile-financing market in the United States is profoundly broken.”

• “In my view, far-reaching structural reform to the automobile-financing and -sales markets is long overdue and urgently needed: First and foremost, the Commission can start by initiating a rulemaking, under the Dodd-Frank Act, to regulate dealer markup.”

• “But the buy rate is rarely offered to the consumer. Instead, the consumer is typically offered a higher rate—up to 250 basis points, or 2.5% APR, higher—based on the discretion of (or, as alleged here, racist instructions given to) the sales representative. The proceeds of this additional cost, called “dealer markup,” are retained by the dealership.”

• “On that score, dealer markup has got to go. And I would like to help.”

This commissioner is clearly an apostle of these consumer advocates who boldly proclaim that dealers are exploiting consumers by not charging more than the buy rate.

Is it rational to characterize the reserve as overcharges, kickbacks, illicit and deceptive dealer markups, or excess value, which purloins the car-buying public of its wealth? It may be in a socialist economy, but not in a capitalist one.

A laborer is worthy of his wages
There is wisdom in scripture. No one is surprised that businesses, such as supermarkets, make money on selling groceries. No one is surprised that insurance companies earn money from selling insurance policies. Prices vary from one business to another for products and services. For example, the price of a dozen eggs may differ from one supermarket to another. Is that a surprise to anyone? Is earning a profit on the sale of the eggs a surprise?

Dealers have every right to expect a profit for arranging credit. It is a cost of doing business and, in certain cases of dealer recourse; dealers may have continuing liability for the performance of the retail installment sale contract. For their time and risk, dealers, as laborers, are worthy of their wages. 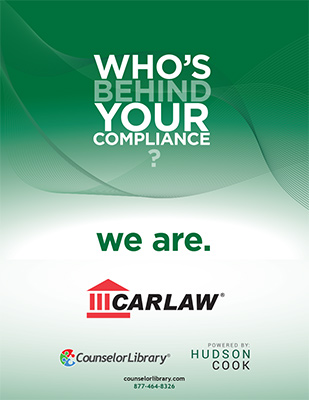