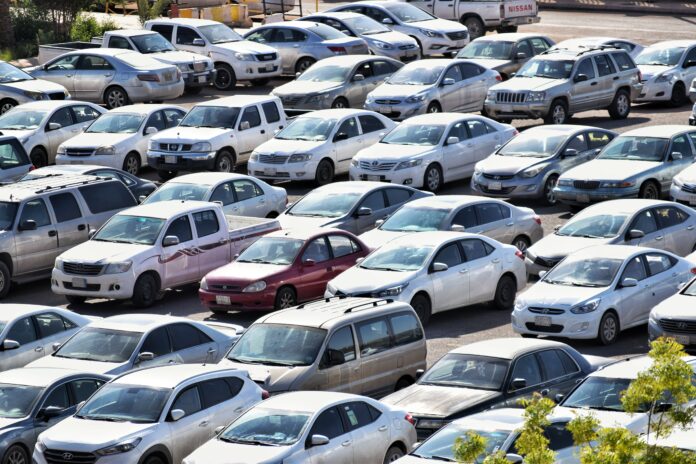 The Consumer Financial Protection Bureau (CFPB) is an agency in Washington, D.C., with a budget in excess of half a billion dollars and over 1,500 employees.  Its jurisdiction includes banks, credit unions, securities firms, payday lenders, mortgage-servicing operations, foreclosure relief services, debt collectors and other financial companies. The CFPB has enormous power, resources, and responsibilities.  It selects its targets carefully and for strategic purposes.  Unlike franchise dealers, independent and buy here pay here (BHPH) dealers in the U.S. are under the direct supervision of the CFPB.

It is estimated by the National Independent Automobile Dealers Association (NIADA) that there are over 10,000 BHPH dealers.  Some of these dealers may retail only a few vehicles per month.  A few years ago, a BHPH dealer in a western state was identified and prosecuted by the CFPB.  This BHPH dealer paid over half a million dollars in damages.

How would a colossus of a government agency even notice such a business?  The CBFB identified this agency as a result of its advertising.

The Extent of Advertising

All Americans are besieged by advertising in its many forms: print, broadcast, outdoor, display, paid search, social media, and what marketers term, native advertising. It is ubiquitous and fraught with legal peril.  Dealers may engage in all seven forms of advertising, perhaps failing to keep each of these media up to date and uniform with one another.  These failures arise to being illegal.

The FTC Act prohibits unfair or deceptive advertising in any medium. That is, advertising must tell the truth and not mislead consumers. In addition, an act or practice is unfair if the injury it causes, or is likely to cause, is substantial, not outweighed by other benefits, and not reasonably avoidable.  In brief, does the advertisement have the tendency or capacity to mislead a consumer?

In federal law, the Truth in Lending Act and Regulation Z have various advertising requirements. The FTC has promulgated various standards for advertising and will vigorously pursue violations.   Some states have legislated advertising laws and regulations.  Other states rely on the more general standards of the Unfair and Deceptive Trade Practices Act (referred to by the acronym UDAP for Unfair and Deceptive Acts and Practices).  Every state has enacted such a law.

The good news is that advertising law is not complicated.

Why Does the Attorney General Police Advertising?

Government employees are often judged based upon the number of successful cases they bring and how much money is collected in settlements.  Advertising cases are the easiest cases to investigate and file.  Regulators can sit at their desks, reviewing print media, the internet, or social media, and make their cases.  That’s what happened to the BHPH dealer mentioned above.  Someone at the CFPB sat at his desk, reviewed internet advertisements, and identified this particular, and unfortunate, BHPH dealer.  In fact, many regulators elect these types of cases because they are easy cases and pad their prosecution statistics.  The settlements from these advertising cases are easily determined and collected.

It is important for dealers to note that advertising is the second most popular source of cases for regulators. Only direct consumer complaints produce more investigations.

Epilogue: How to Benefit from this Gnosis

Applied knowledge is power.  If dealers recognize that advertising is the second most likely matter for investigation they can readily take precautions.  The dealership’s compliance officer should prioritize advertising as one of his most significant obligations.  After attending to consumer complaints, advertising compliance should follow in significance.  Advertising compliance is not hard but it must be routinely discharged. Dealers can advertise effectively without running afoul of the law.  It’s simple.